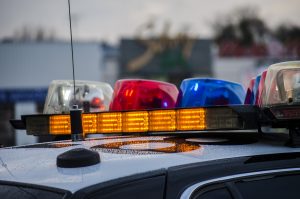 Two local residents are behind bars following an armed robbery in Englehart.

Temiskaming OPP rolled on a call to a convenience store on 4th Avenue November 28th at 4:30 am.

A suspect had entered the store with their face covered and Brandishing a weapon.

They demanded cash and cigarettes and fled to a waiting car that sped off.

42 year old Brent Fischer of Englehart was charged with armed robbery and theft of a vehicle.

A 19 year old suspect, also from Englehart, was charged with armed robbery, possession of an imitation weapon for a dangerous purpose, and disguise with intent.

Both remain in custody until a December 3rd Court date.