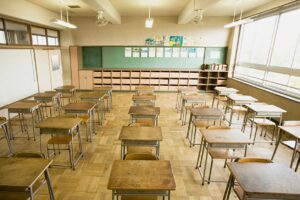 Not sure when they will be back in the classroom but very quietly Friday night the province reached a tentative agreement with the Elementary Teachers Federation of Ontario.

The 83,000 members have been involved in a series of rotating strikes throughout the school year to back demands.

Education Minister Steven Lecce did not go into specifics but said he was pleased with the deal.

The deal will have to be ratified.

The provincial government is acknowledging that Ontario-wide school closures may extend beyond April 5th.