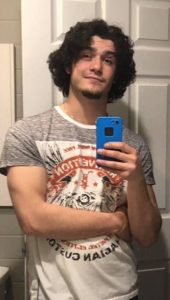 Two Cobalt men have been arrested in connection with the death of a man whose remains were found in a wooded area in Coleman Township last month.

21 year old Nicholas Rivard of Haileybury disappeared for several days before his body was found.

Both are appearing in court in Haileybury.