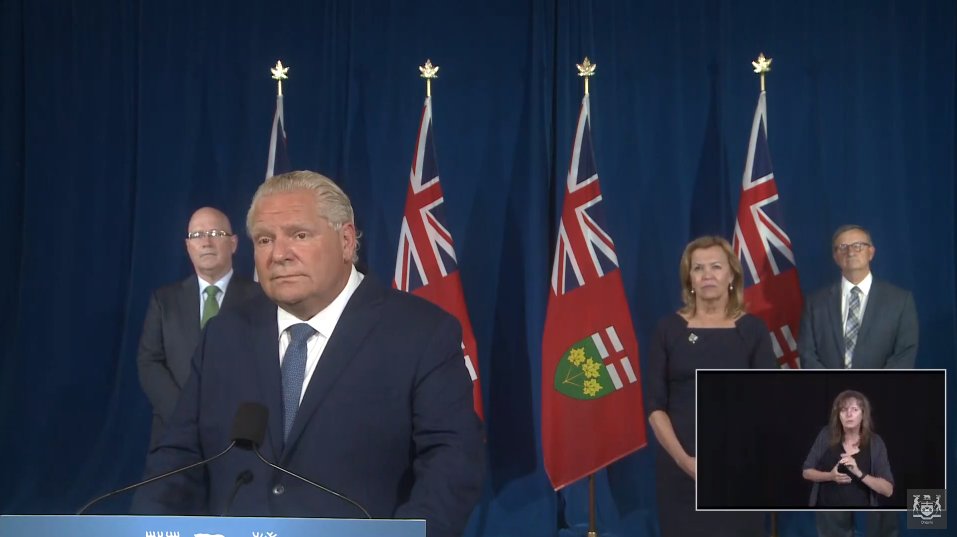 Premier Doug Ford says the restrictions will begin Friday in the regions of Toronto, Peel and Ottawa.

Restricted gatherings include “social events and gatherings like private parties in your backyard or BBQs held in your home, backyards and parks” according to the Premier.

At this time, restrictions do not include events or gatherings held in staffed businesses or facilities such as movie theatres, restaurants, banquet halls, gyms or convention centres. Existing provincial rules remain in effect in those facilities.

The province is also introducing amendments to the Reopening Ontario Act to set a minimum fine of $10,000 for the organizers of illegal social gatherings.

“We will throw the book at you if you break the rules,” said Ford. “We can’t afford to let a few rule breakers reverse all of the hard work and progress the people of Ontario have made over the past six months. It’s just not fair to the vast majority of people who are following the rules and thinking about others.”

The Premier adds that attendees of any gathering must maintain physical distancing with those outside of their social circle.