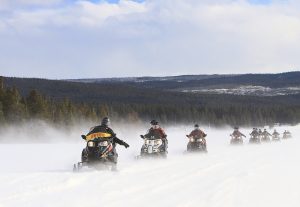 A decade long study by the OPP shows that bad behavior led to the majority of snowmobile fatalities in the province.

There have been 175 snowmobile fatalities in the province over the last decade.

45 per cent caused by excessive speed, loss control and alcohol.

Another 45 per cent occurred when drivers were on frozen lakes and rivers and drove into open water, breaking through the ice, or collisions.

During this safety week they are urging the public to wear proper gear and to learn the rules of the trails.