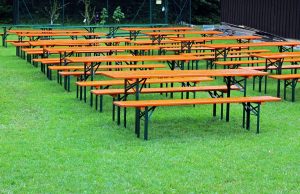 Kirkland Lake council is moving ahead on plans for this summers big bash to celebrate the towns 100th anniversary.

The Centennial committee approached council with a couple of ideas and after some back and forth they got the green light.

So the vacant lot in the downtown area known as the Princess Hotel property will be the site of a big beer tent from June 24th through July 6th.

Also camping will be allowed within the town during the Homecoming.

Some saw it as a great way to accommodate the large crowds expected, but some felt it could also be a liability issue.

In the end, they went with camping.