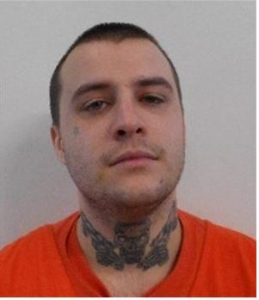 Kirkland Lake OPP apprehended the man who was named in a Canada Wide Warrant last week.

They received a tip 25 year old Fern Joyal was in town.

They looked into it and found him hiding in a home on Second Street.

He was taken into custody without incident.

He was wanted on a variety of charges  including assault and uttering threats cause death and was known to frequent Temiskaming Shores ans surrounding area.