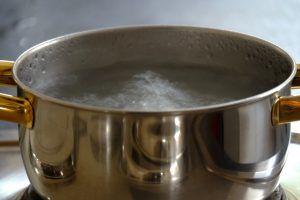 There is a boil water advisory up for Latchford so for the residents, do not drink water from the tap.

” Last night around 10 pm we had a rupture in one of our main water distribution lines, and it necessitated shutting the plant down temporarily. We had to notify all the residents within the municipality to go into a boil water advisory. We advised all the residents in the community as well as the health department.”

This means water can not be consumed from the tap, but must be brought to a rolling boil ad allowed to cool before you can drink it.

He says there is no timetable for the repairs to be completed but the health unit will notify everyone when the advisory is over.