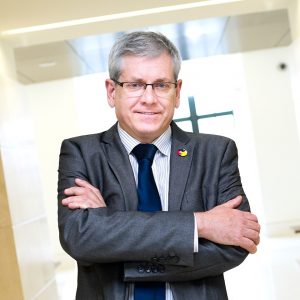 First elected in 2004, Charlie Angus is the five-term Member of Parliament for Timmins–James Bay. He serves as the NDP’s Critic for Ethics and Indigenous Youth. Over the years, Charlie has been highly-rated for his work, including being voted Top Constituency MP in Canada.

Charlie is a strong leader for Canada’s North and reconciliation with Indigenous peoples. In Ottawa, he is a powerful voice against government corruption. Charlie is ready to stand with the NDP to defend workers’ rights, protect pensions, and strengthen services for the North.

Charlie chose to run for office after his experiences of community organizing around local issues. Before entering politics, Charlie worked as a musician, journalist, chimney sweep, carpenter, First Nation negotiator, and dishwasher. He also founded a Catholic Worker House for homeless people and refugees in Toronto with his wife, Brit. They live in Cobalt. 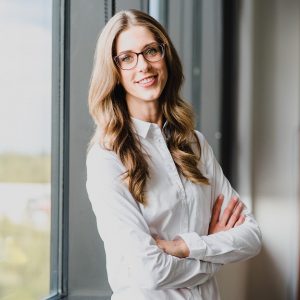 Working directly with the people of Timmins-James Bay for the past decade, Michelle Boileau is striving for social equity by providing access to education to underserved populations, as well as through her public service as municipal councillor in the City of Timmins

Born and raised in Timmins and a proud Franco-Ontarian, Michelle has been imparted with great respect for the riding’s rich heritage. Like most in Northern Ontario, she comes from a hard-working family. Her parents, being self-starters whom built a successful accounting firm while raising four children, continue to inspire her.

Michelle obtained a bachelor’s degree in Second Language Teaching from the University of Ottawa, where she nourished her passion for education, communications, community and international development, and political science. She backpacked in Europe, and taught English at a summer camp in Germany. After university, Michelle went to Guatemala to volunteer in schools run by NGOs, and traveled throughout Central and South America. She moved back to Timmins in 2011, and has worked in the employment and training and higher education sectors ever since. She completed a master’s degree in Educational and Social Research through distance learning, and now has a particular interest in addressing the skills gaps and population decline in the region.

Michelle and Andrew see tremendous potential in the riding, and can picture a bright future for their family there. They love the outdoors. They like to snowboard, and to go hiking or biking with their dog, Wesley. They appreciate the clean air and being close to nature, so unsurprisingly, they are concerned about the environment. 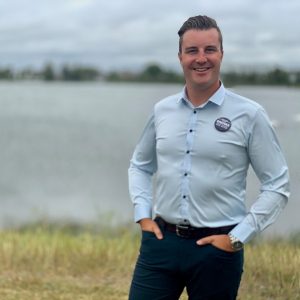 Kraymr Grenke was born and raised in Timmins, Ontario. After studying commerce at Laurentian University and the University of Western Ontario, he chose to return home to the North. Kraymr is currently the Economic Development Officer for the Wabun Tribal Council.

In his spare time Kraymr enjoys spending time outside with friends and family in all seasons and reading novels about past and current events. 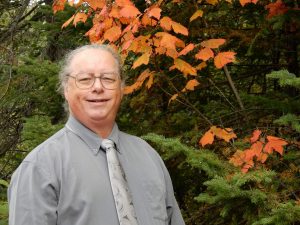 Max is a teacher and environmental toxicologist, involved in community development with Green Timiskaming. A father of three, Max teaches math and science with the District School Board Ontario North East. Born the son of a member of the Canadian Armed Forces in Nottingham, England, he has seen this great country from the east coast to the west coast.

Max believes that human activity across Canada and globally is destroying the ecosystem and that ecological, energy, and economic issues facing Canada pose massive challenges requiring courage moving forward. Max has been developing 10 acres in NE Ontario as a permaculture project and is a board member of Green Temiskaming. Max’s goal is to promote personal and regional self-sufficiency to keep money in local communities, rather than flowing to the coffers of distant corporations.

He has worked in chemical recycling and as an environmental consultant, roofer, machine operator, and secondary school teacher. Max witnessed a corporation committing chemical dumping for profit and reported the corporate corruption.

Max believes that stable employment with reasonable remuneration is the lifeblood of society. To achieve this, Max believes that Canada needs sustainable economic development, with proceeds shared equitably, not concentrated in the hands of the few.

Max knows that all voices need to have a say in government and that the current winner takes all process is not true democracy. He believes we will only achieve true democracy when responsibility, not privilege, becomes the primary principle of government.  Max looks forward to representing his constituents with honesty and openness, working together to avert the climate emergency, create a participatory government, and build a strong sustainable economy.
RENAUD ROY – PEOPLE’S PARTY OF CANADA 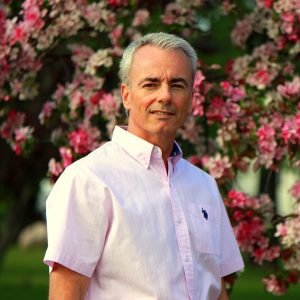 I was born and raised in Iroquois Falls. I grew up on a farm, learning at a very young age the responsibilities of chores and all the jobs associated with raising cattle and different animals.
After my grade 13, I went to college in Ottawa and later came back to work for the Town of Iroquois Falls. In 1995, I took a 1-year leave of absence from my job with the Recreation Department to go stay in the country of Romania, where I founded a non-governmental charitable organization called, “The Bridge of Hope.” In 1997, I resigned from my job to go live and serve the people of Romania through my organization. I learned to speak Romanian and also how to deal with foreign government authorities.
I returned to live in my hometown in 2010 and have been employed with the Cochrane District Social Services Administration Board since November 2012.
facebook instagram rss twitter
© 2018 103.1 FM The Train | Temiskaming's Super Station