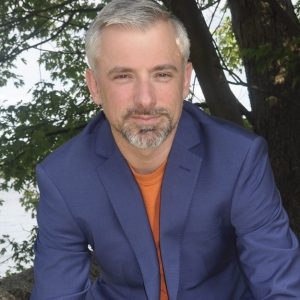 Rob is a learning system technologist at Nipissing University and a longstanding labour organizer with the Ontario Public Service Employees Union (OPSEU) and Canadian Labour Congress (CLC). He fought for years to protect trade jobs in the north, and safeguard fair wages and worker safety. Always fighting for equality, he also advocates for Indigenous and 2SLGBTQ+ rights and freedoms.

He believes that tackling the climate crisis should be a non-partisan issue and knows what a difference it would make for government to transition to a new green economy that creates good sustainable jobs for northern families.

Rob lives in North Bay with his wife, Anna, and their 2 dogs. He is fighting to make life more affordable, implement health care that covers you from head to toe and ensure improved access to rail and bus infrastructure, so that everyone can thrive. 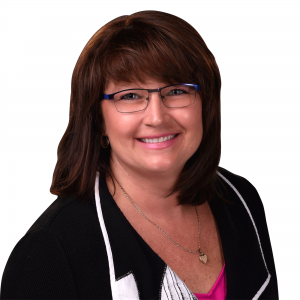 Born, raised and in love with Northeastern Ontario, Jordy is an active volunteer and Municipal Councillor in Callander Ontario. She believes in giving back to her community through public service, which is a family tradition. She runs several local businesses and is active in the business community in Nipissing Timiskaming.

After completing her education and studying abroad, Jordy followed her heart back to Northern Ontario to start her family and business. While a working mother, Jordy also supported several local charities and organizations. Active in local politics for over 20 years, Jordy is an experienced campaigner. She enjoys engaging with constituents and sharing their concerns and hopes for the future.

An avid outdoorsperson, Jordy loves hunting, fishing and riding her Harley to enjoy the beauty of the region. Jordy is married and the mother of two grown children. She has a large, busy family and lives in Callander, Ontario. 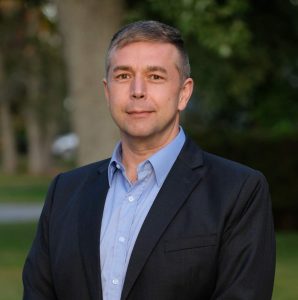 Alexander Gomm was born and raised in North Bay, and lived there for most of his life. He was educated in the French Catholic School system and speaks English, French, German and beginner level Spanish. While in North Bay, he has volunteered at the Gathering Place Soup Kitchen and with First Nations and Non-First Nations youth teaching martial arts and healthy lifestyle choices.

Alexander attended Nipissing University and graduated with a BA, honours, in Geography of Regional Planning and International Development. His studies helped him to understand the environmental and human factors that are considered in developing legislation and policy in development and economic planning. He subsequently completed a Master of Education at Nipissing University and a diploma in Advanced GIS applications through Vancouver Island University. He completed both of these online while teaching.

For the past nine years, Alexander has taught in South Korea and China, and volunteered on education and environmental projects in Nepal, Kenya and Thailand. Now back in North Bay, he is excited to apply his knowledge, education and passion to work for a greener, healthier and more prosperous community here in Nipissing—Timiskaming. 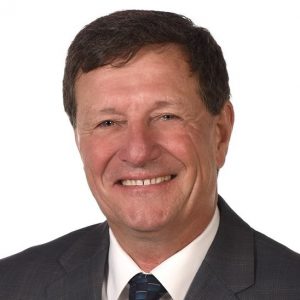 Mark King has been a member of North Bay City Council since 2013, re-elected in 2014 and 2018. During his years on municipal council he served on numerous boards and commissions most notably as Chair of the District of Nipissing Social Services Administration Board (DNSSAB), as Chair of Community Services and Vice Chair of the Cassellholme Board, working diligently to put the pieces in place for the rebuilding of the new long term care facility.

Mark was born and raised in North Bay and has been the owner and President of H. Freeman & Co. since 1998. Prior to business ownership Mark enjoyed a 23 year career in rail traffic control with CN Rail during which he was recognized for his work in centralizing rail freight traffic in the Great Lakes Region to the Toronto Core, a system that operates successfully to this day.

As a principal of Markwood Estates, Mark successfully developed and managed the construction of a 32 lot subdivision adjacent to Trout Lake in North Bay. He later joined the North Bay Planning Board and held an executive position with the Almaguin Nipissing Travel Association (ANTA).

His interest in government affairs began with membership in the North Bay & District Chamber of Commerce where he served as President. Chairing both the Tourism and Government Affairs Committees provided valuable insight into both the benefits and challenges of living and working in Northern Ontario.

Mark brings a wealth of experience from a variety of community service organizations including his chairmanship of Discovery Routes and his directorship with the Blue Sky Economic Growth Corporation. This, together with his work with the Chamber of Commerce, the North Bay Civic League and as a commissioner with North Bay Hydro Services earned him the honour of Outstanding Volunteer, Province of Ontario 2003.

Mark King is aware of both the community and business challenges and opportunities facing the riding. His varied past experiences have demonstrated that Mark knows how to navigate governmental bureaucracy, and how to obtain the necessary win-win results. As the People’s Party of Canada candidate, Mark cannot wait to be the next Member of Parliament representing Nipissing-Timiskaming. 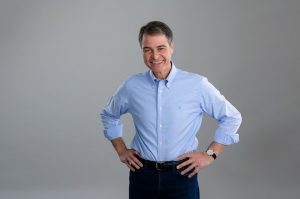 Anthony Rota was elected the Member of Parliament for Nipissing—Timiskaming in 2015, and has been working with Justin Trudeau to grow the local economy and strengthen the middle class ever since. Anthony was first elected to the House of Commons in 2004 and was re-elected in 2006 and 2008.

In 2011, Anthony joined Nipissing University in North Bay, Ontario, as apolitical science sessional lecturer and Director of Governmental Relations. Prior to his election as the Member of Parliament in 2004, Anthony worked for the National Research Council’s Industrial Research Assistance Program (IRAP) as regional manager for Ontario and in the field of International Technology Transfer. He also worked as an entrepreneur in the financial and real estate sector, during which time he served as President of the North Bay and District Chamber of Commerce. He was elected as a city councillor for the City of North Bay (1994-1997) where he served as Chair for planning and economic development.

Anthony holds a Bachelor of Arts degree in Political Science from Wilfrid Laurier University, a diploma in finance from Algonquin College and a Master of Business Administration degree from the University of Ottawa. He is fluent in English, French, Italian and Spanish.

Nipissing—Timiskaming needs to continue to have a strong voice in Ottawa to represent our community. Anthony Rota takes this responsibility seriously and will never stop working for our families.